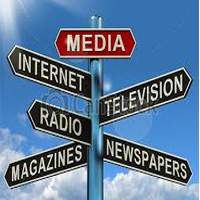 It is indeed most unfortunate that Post Media pulled the plug on what was an institution in Muskoka:  Muskoka Magazine, gone, along with a free, lesser known weekly: What’s Up Muskoka.  Twenty jobs in these parts is significant, not to mention the deafening sounds of editorial silence.  Jack Hutton’s column will be sadly missed. There were several very talented managers, writers, and graphics people operating this business.  Muskoka Magazine adorned many decks, docks and coffee tables, and enjoyed a decent readership in particular, by Cottagers.  Three Metroland papers (owned by TorStar) still exist: The Examiner, The Banner and The Forester, plus yet another magazine: Muskoka Life.

Stay with me here, some research is involved.  What is at play here is more obvious to some and less to others who may not pay much attention to the media of this fast paced era.

The reality is yes, Paul Godfrey at Post Media is trimming costs and continues to do so with gusto, eliminating jobs.  The print business is under siege and has been for some time.  Just this week, it was announced that yet another (ninety)  90 Post Media Jobs  were trimmed out west.

Let’s get to the meat of the matter.  Back in March of last year, Torstar announced that it’s highly prized concept of attracting distribution revenue for a Toronto Star digital delivery was a flop. As the Huffington Post reported:  No more paywall.   Fast forward, September 2015 Star Touch was launched.  Yes, you can download this creative, well written publication 7 days a week – for FREE.  Candidly, I highly recommend it.  Editors note:  as an anomaly to this trend, I still invest each month in The Globe And Mail’s digital version and it is a great investment. A bargain compared to the printed, tree eliminating version.

Not sure what bars or boardrooms these ideas come from, but the brain trusts at a few other publications deem (as reported in the Globe) that we consumers might consider making ‘micropayments’ per story !  Yikes!  Does not project to be a volume concept.

In October of last year, the magazine industry was turned slightly on its head by the Rogers Media announcement that Flare Magazine would be no more…except in digital form.  Circulation had spiraled from 12,000 a month to a paltry 2,600.   Hmm, and some think the Radio business has its challenges.

Further to the point, Rogers now offers its Next Issue, now known as Texture, which, for $10 – $15 , provides you with something in the order of 200 magazines to download and read.  Incredible when you view all the titles.

So hop on line and download news, entertainment, sports and, you name it – you can have it.  Especially with all the extra time you have each day reading newsletters , blogs, emails and jokes from far away relatives.

The future?  Banks as we know them, will disappear.  Shopping on line will grow exponentially as will delivery services.  Retailers will have to be much smarter and marketing types like yours truly, five steps ahead of the many tech curves headed our way.  We have not seen the last of the cuts by Post Media.  Too many newspapers, not enough eyes, or, ad revenue.

My coffee table?  Less adorned with magazines and local newsprint; more adorned, especially with family around, with laptops, ipads and smart phones of every size and color.